$US and Time magazine cover

This was an illustration for the South China Morning Post on the decline in value of the US dollar. 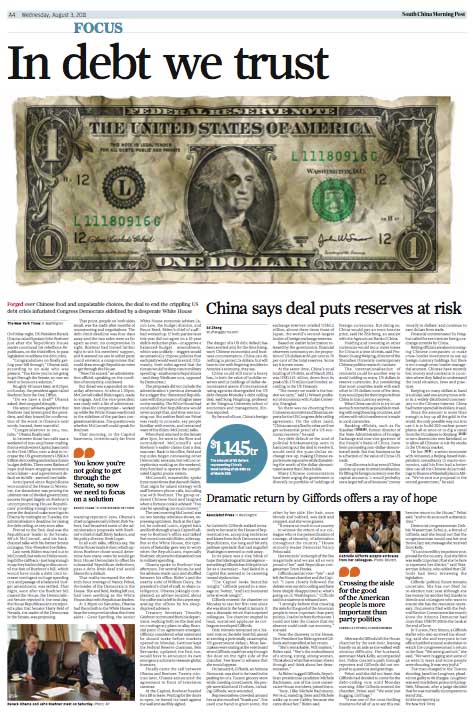 A week later I was in a 711 and I looked over at the magazine rack and spotted this. Actually only a portion of the cover was showing but it looked strangely familiar so I went over and fished it out. I couldn't believe it. Took it into work and one of the guys reckon they'd ripped it. Since it was the Asian edition of Time magazine and ours had published on August 3 while theirs was August 15 .. even if you took in account the publishing dateline was 7 days after it hit the shelves that still puts it at August 8. Well I don't know about that, it is the sort of idea that more than one person could come up with. What I did take away from it was, we'd done a Time magazine cover worthy illustration. It's fair to claim that, yeh? And they do awesome covers so I'm happy with that. 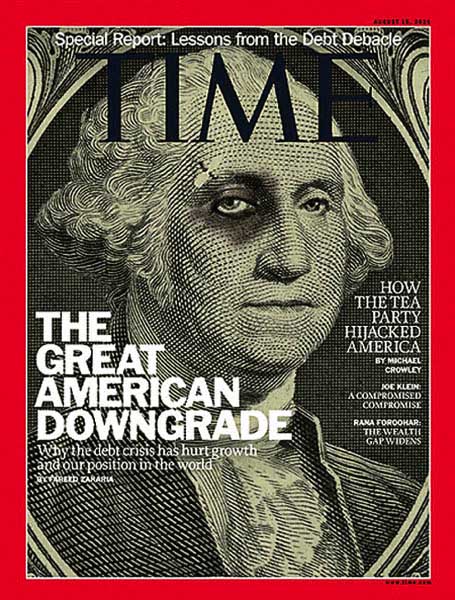