Since I've only just started this blog I'm going to go retro and dig up some older work. Well not that old .. five years old.

I landed in Hong Kong just before Chinese New Year in February 2007 so that seems like a good place to start. Below are some of the illustrations I was happier with that year.

The gun. This was the first job in HK that I was happy with. Some of the first ones were really ropey. Actually the very first illo I did was so bad i didn't even keep it. Some dodgy Sam Spadesque detective noir attempt that failed on every level other than it was black and white. I binned it as soon as it'd gone to print.

With this one I kept it simple. Simple line work and block color - and chose colours with punch and that wld bounce off each other. I like that the red kicks out off the dark blue. 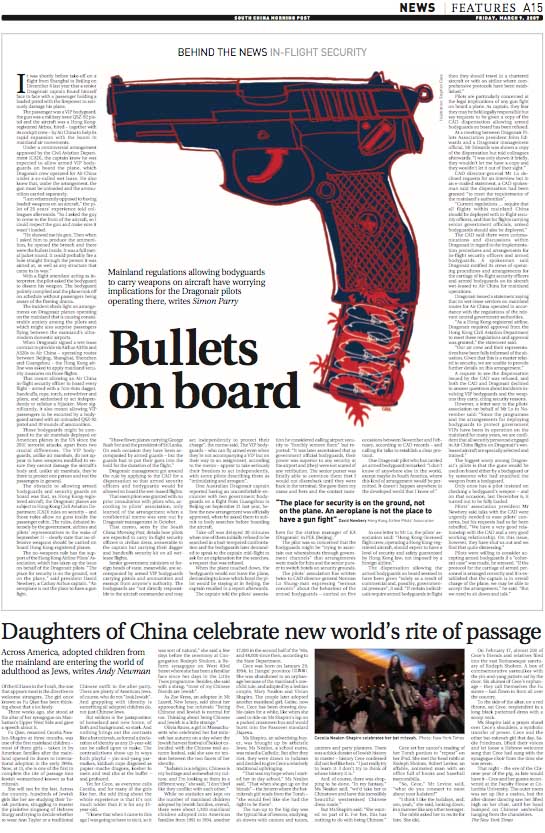 Bad Bosses. This is the type off illo I like to do. It's quite schizophrenic actually, part line work, part montage, block colour and some airbrush thrown in for good measure. It's also not very subtle, not that i think it needs to be. It's fun tho. 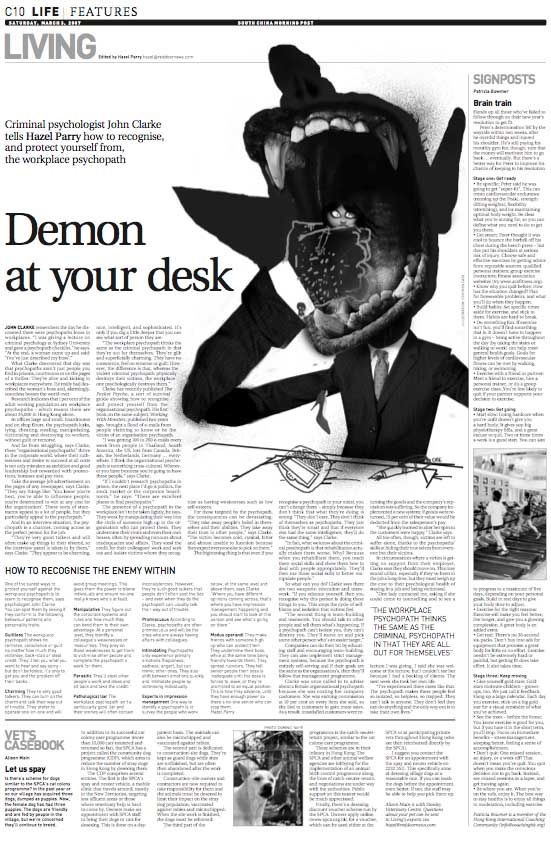 I was so annoyed when it went to a black and white page though, so here I'm including the original colour version ... 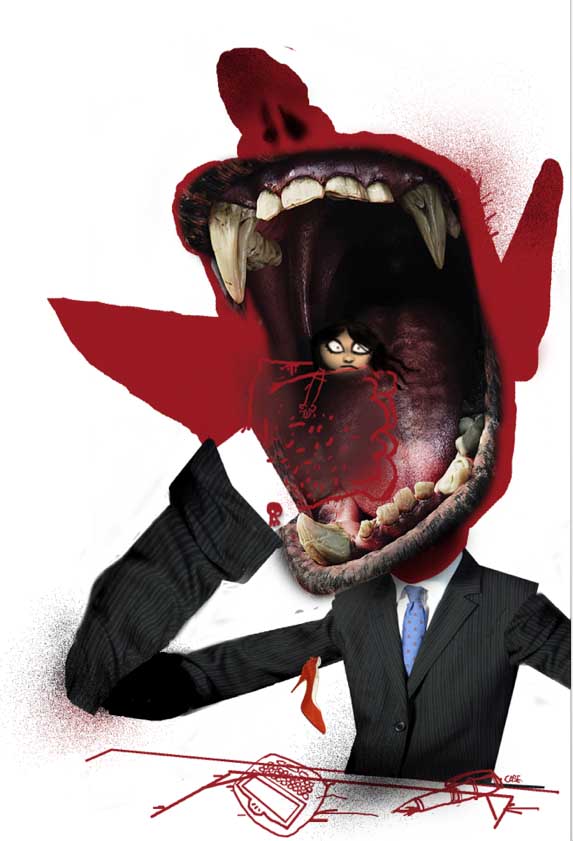 Self Motivation. Again I was annoyed when this one went to a black and white page so here's the colour version too .. 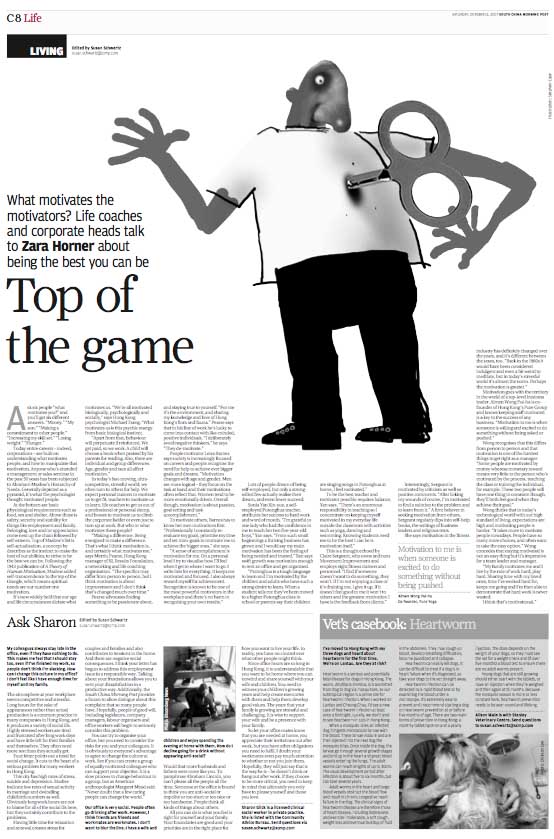 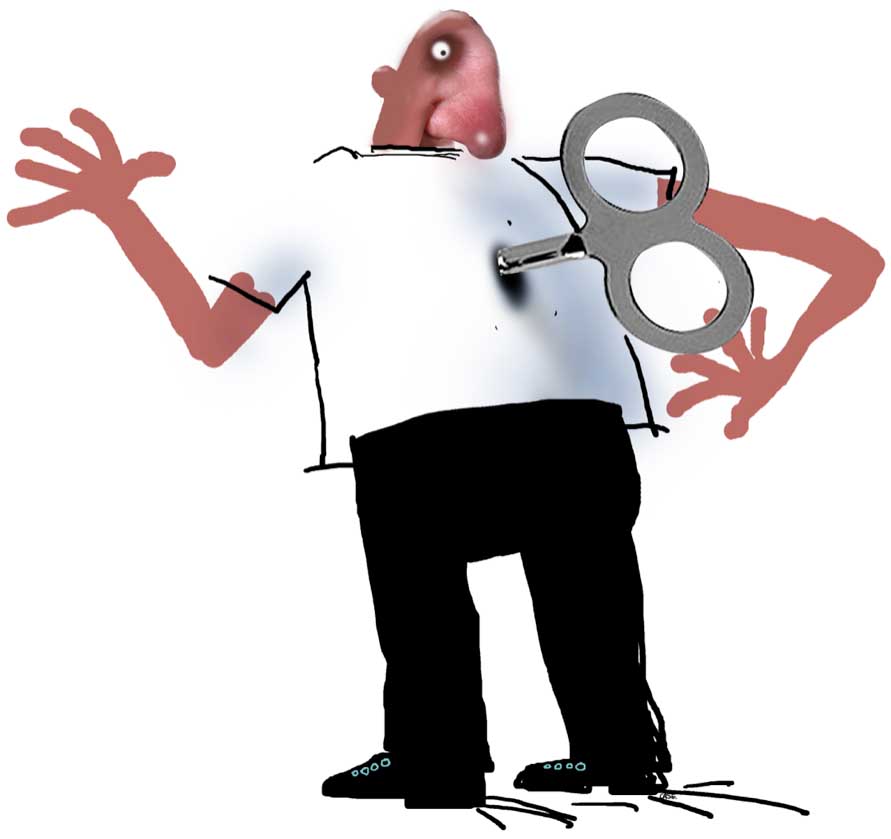 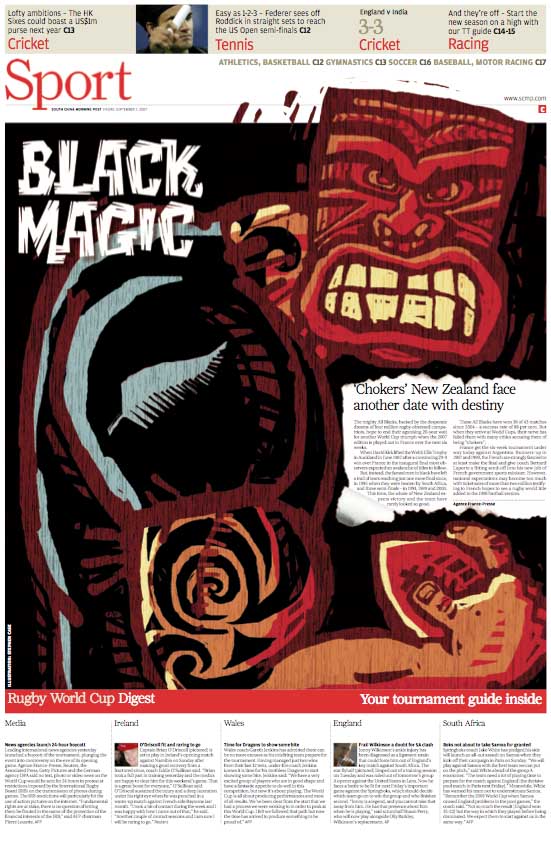 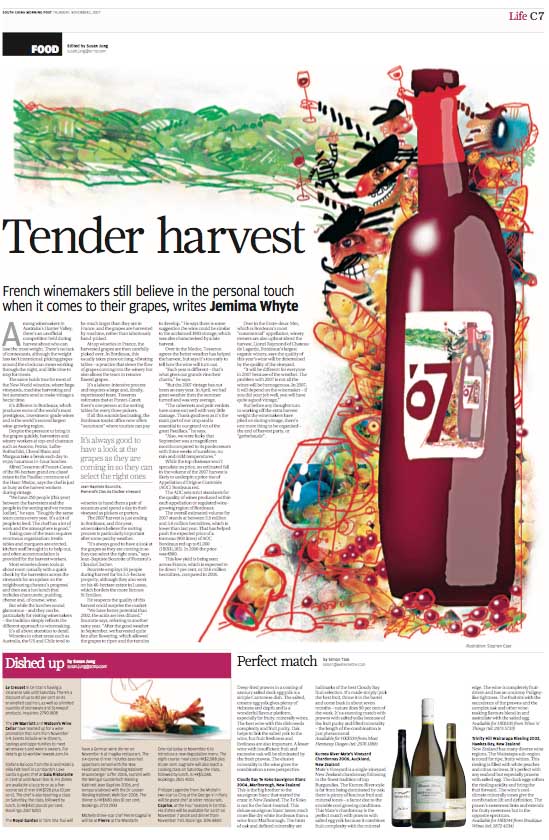 The Sevens. Seven artist all drew a team along the lines of the seven deadly sins for the HK rugby sevens in 2007 (it was a 7 theme). Mine was avarice. More specifically, England who'd won it for several years previously and were greedy about winning again. 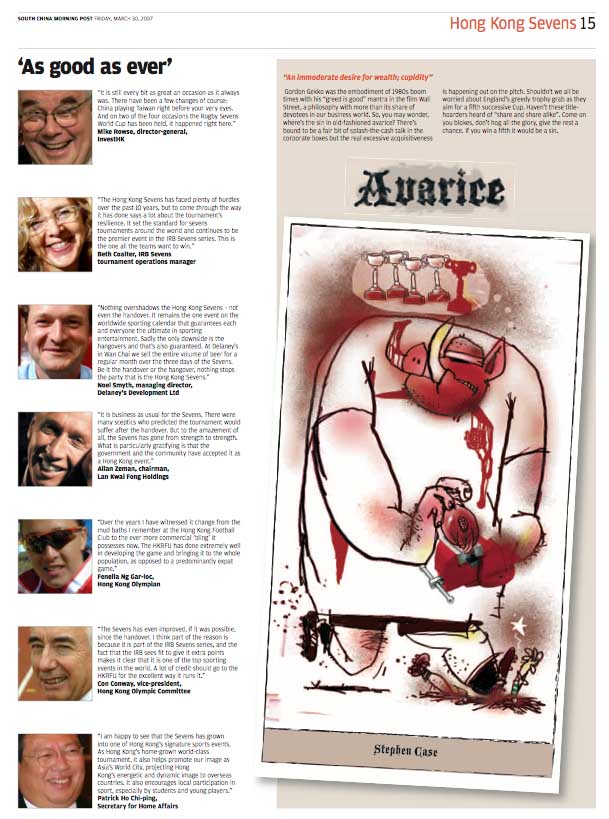 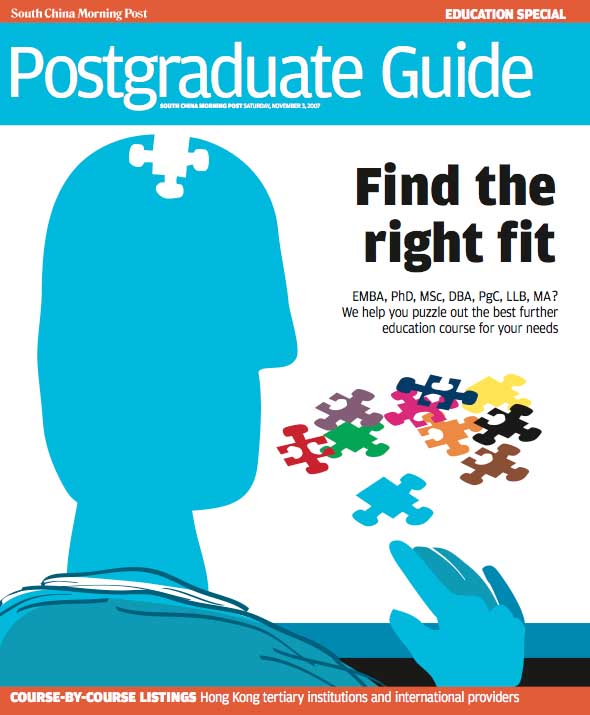 Six pack. A very simple illo really. The ring pull belly button makes it for me. 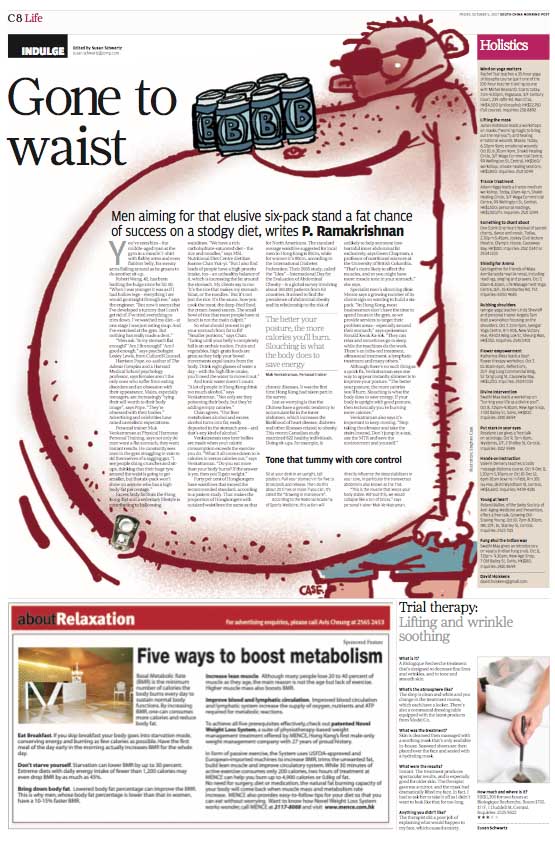