Earlier in the year Star Wars turned 35 so for the Review section of the South China Morning Post we did a satire on it for the cover. The idea is it's a faux movie posters but with all the characters aged 35 years. I like the idea of Chewbacca with a bald spot. I don't mind the final result altho I have to say it was funnier in my head than how it actually turned out. Also i'd meant to put glasses on him and it annoyed me when i realised after it'd gone to print that i'd forgotten to.

It was similar with the whole image. I liked the idea but what was in my head was funnier than what happened on screen. The final thing added was the smoke billowing out the back of the Millennium Falcon. Something was missing and adding that smoke really made the difference. Overall reasonably happy with it. 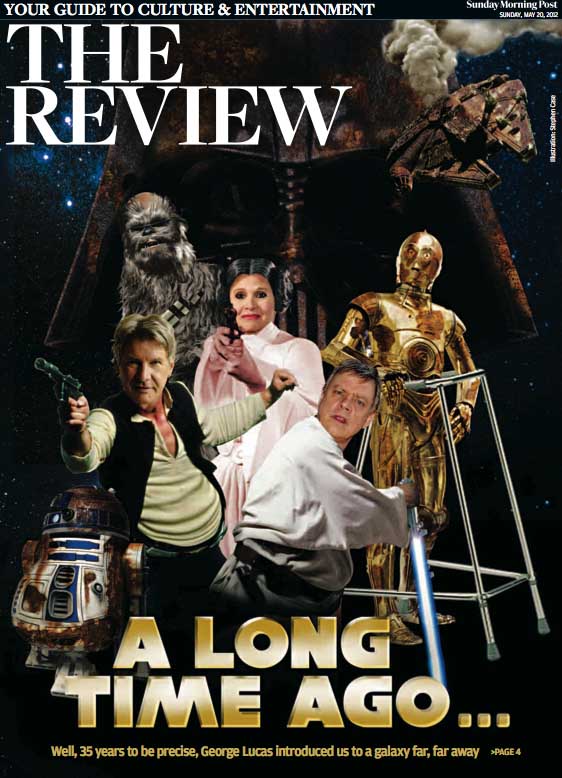 Inside, Simon Scarr, with the help of Brian Wang, did a fantastic graphic on the subject. They drew the 'Star Wars galaxy' then showed plot timelines in relation to different areas around this galaxy. V clever and looked fantastic. 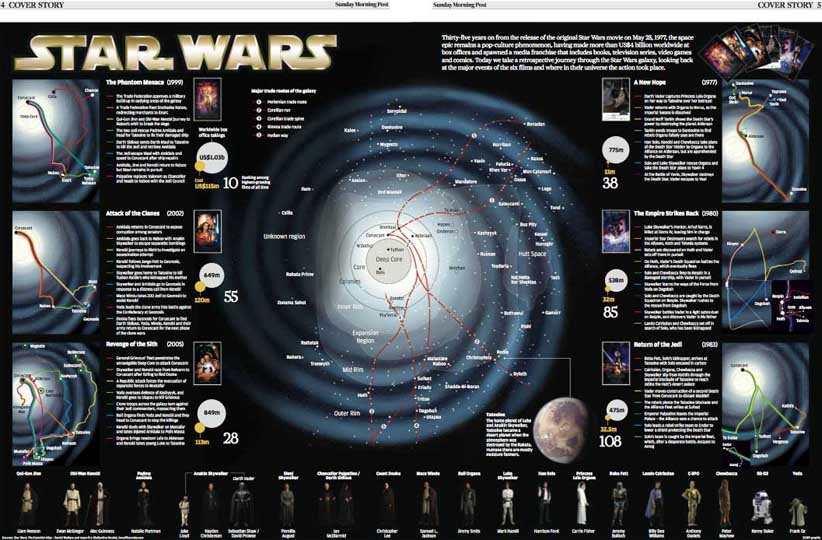