This is a graphic Adolfo did for last week Saturday's edition of the South China Morning Post.

I hadn't heard about the walled city till I came to Hong Kong but was immediately fascinated with it - like most people I think - so I was really pleased when we saw there was an opportunity to do a major graphic on it .. and Adolfo was the man for the job!

It's had a HUGE response in the office, around Hong Kong and online. Apparently the Editor of the Washington Post said something like it was the best info-graphic he'd seen in years. 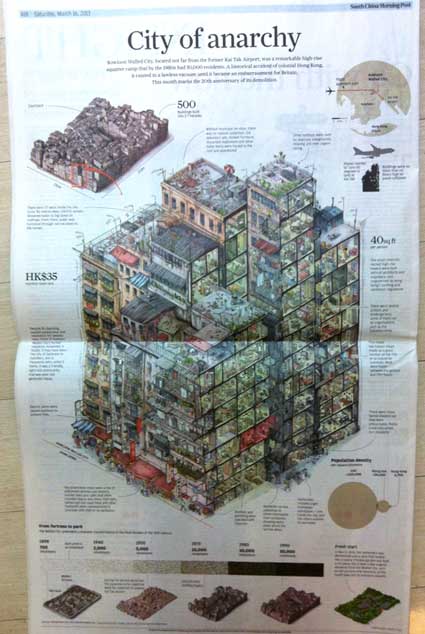 The amount of detail is incredible, the sort of graphic you can get lost in for hours .. and I'm guessing people did.

He started by drawing the entire city then did a pull out section of it which allowed him to detail all the intricacies and aspects of the city. 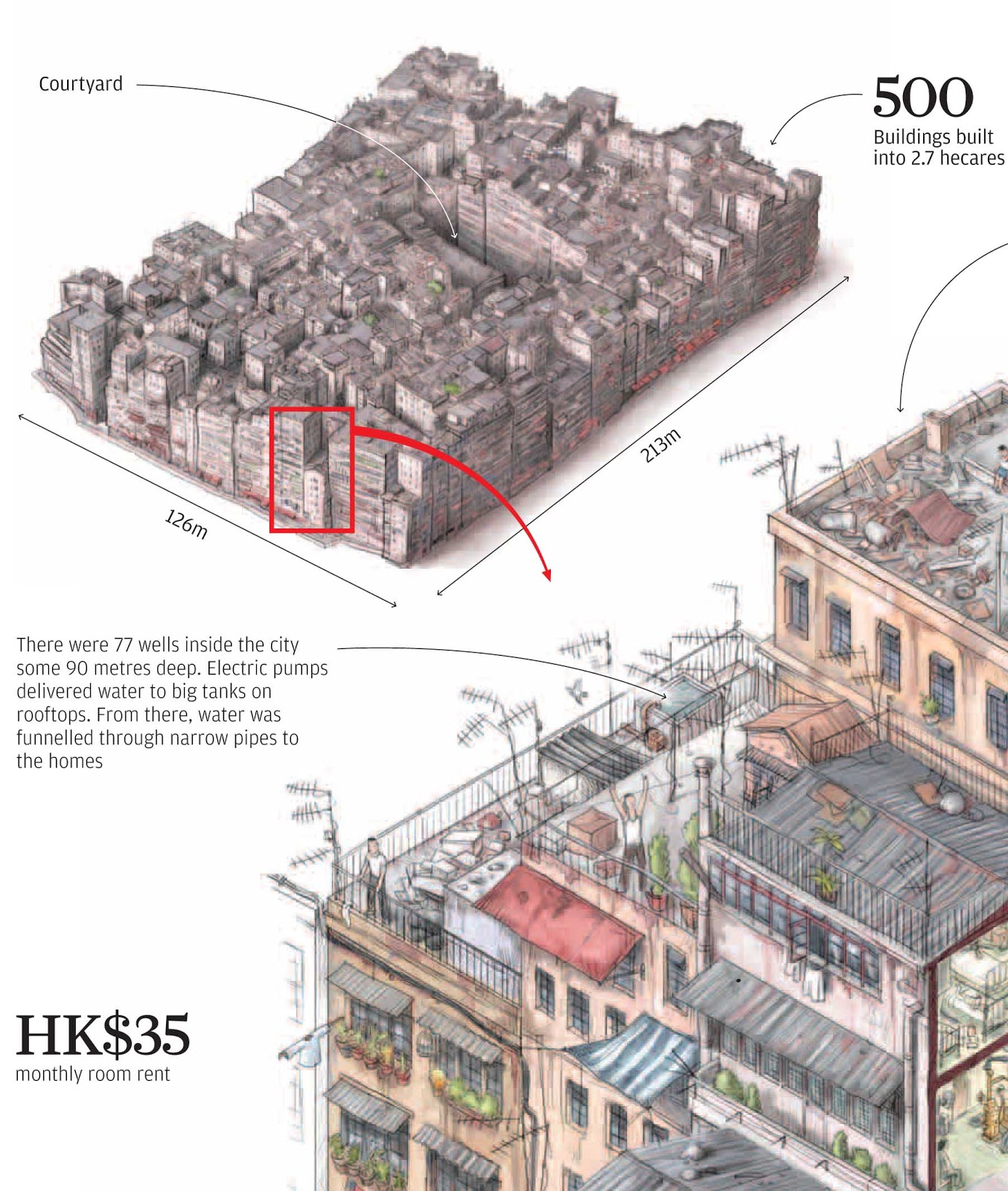 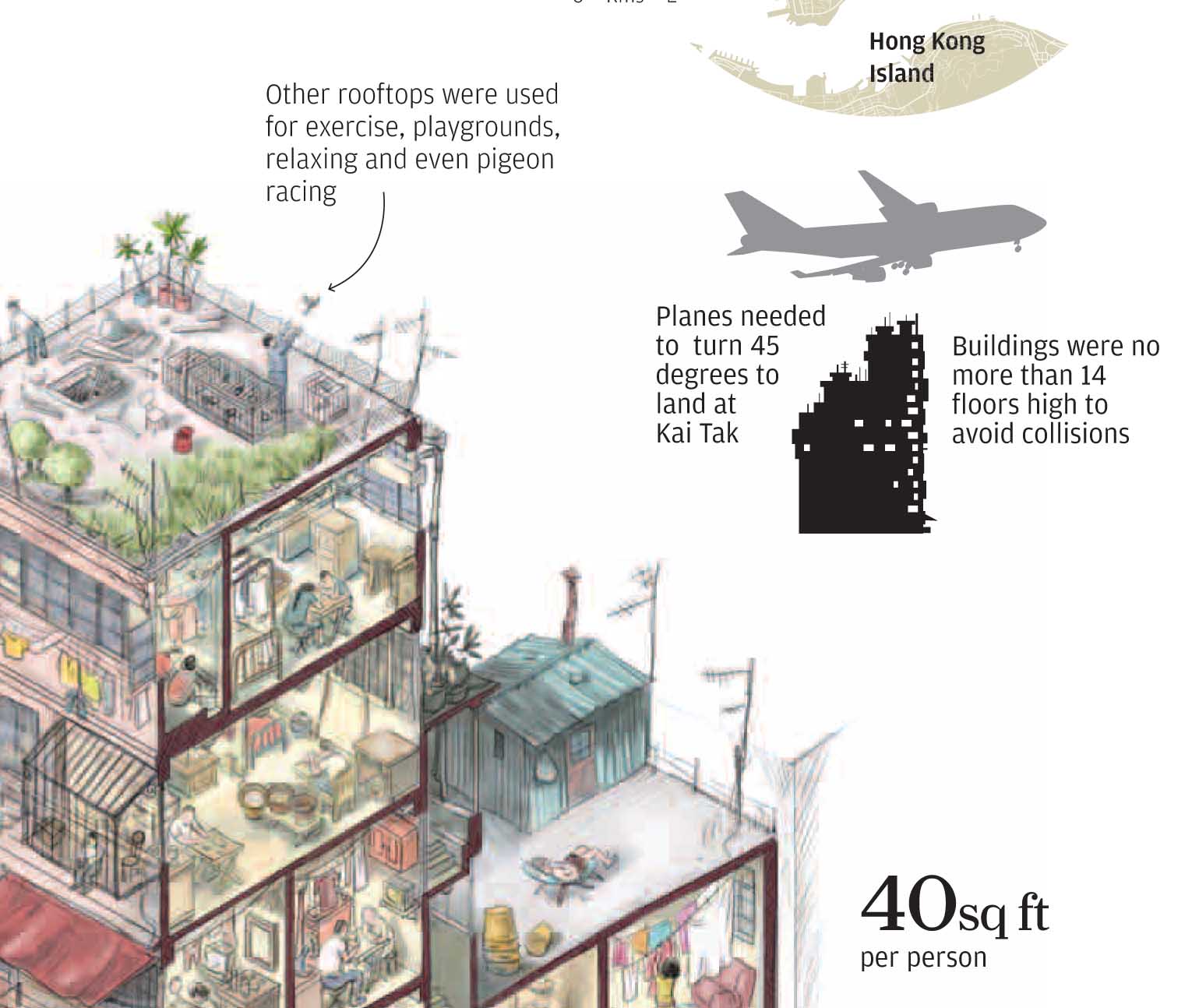 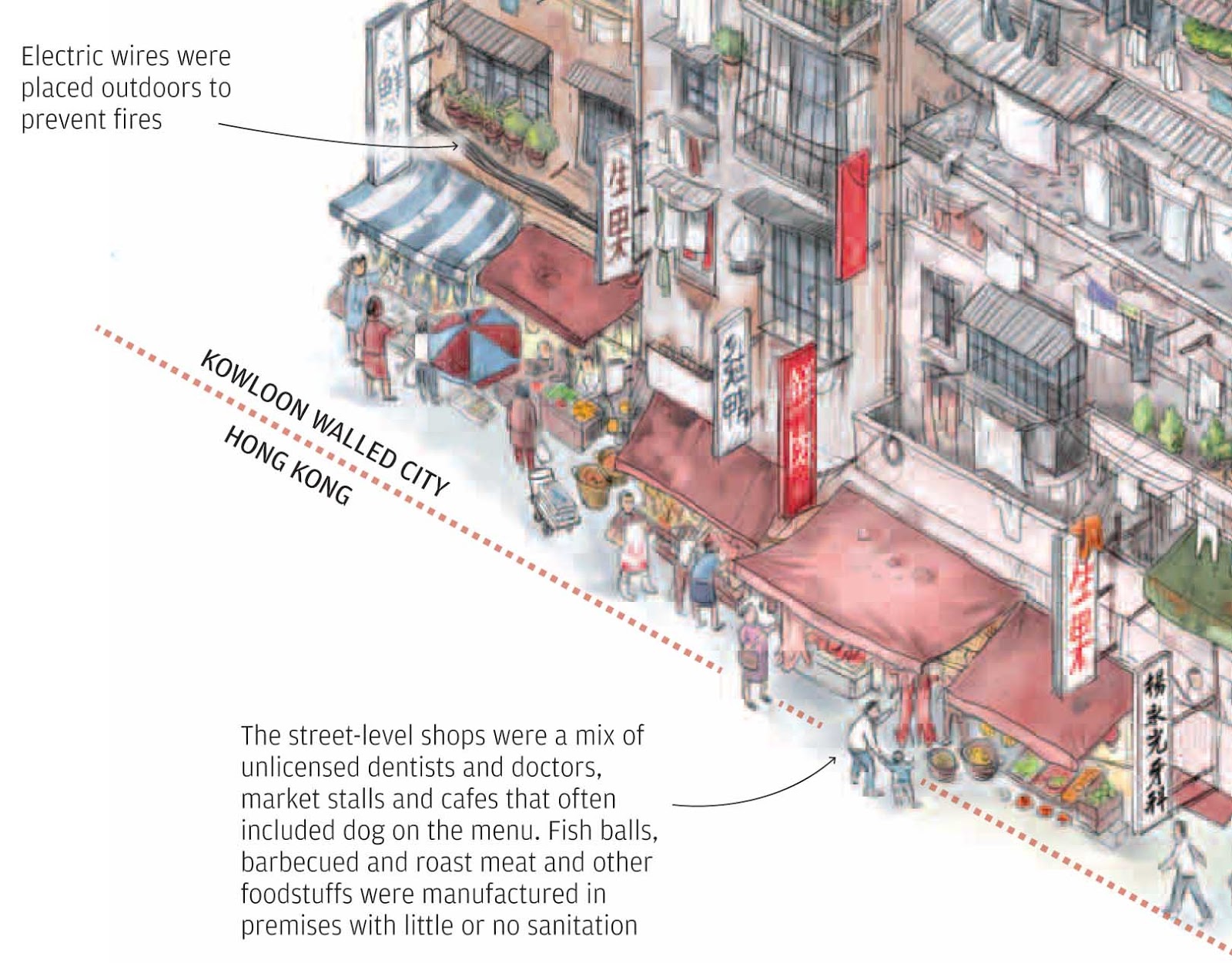 Of course being about the walled City it had to include some of the sketchier sides of the place ... 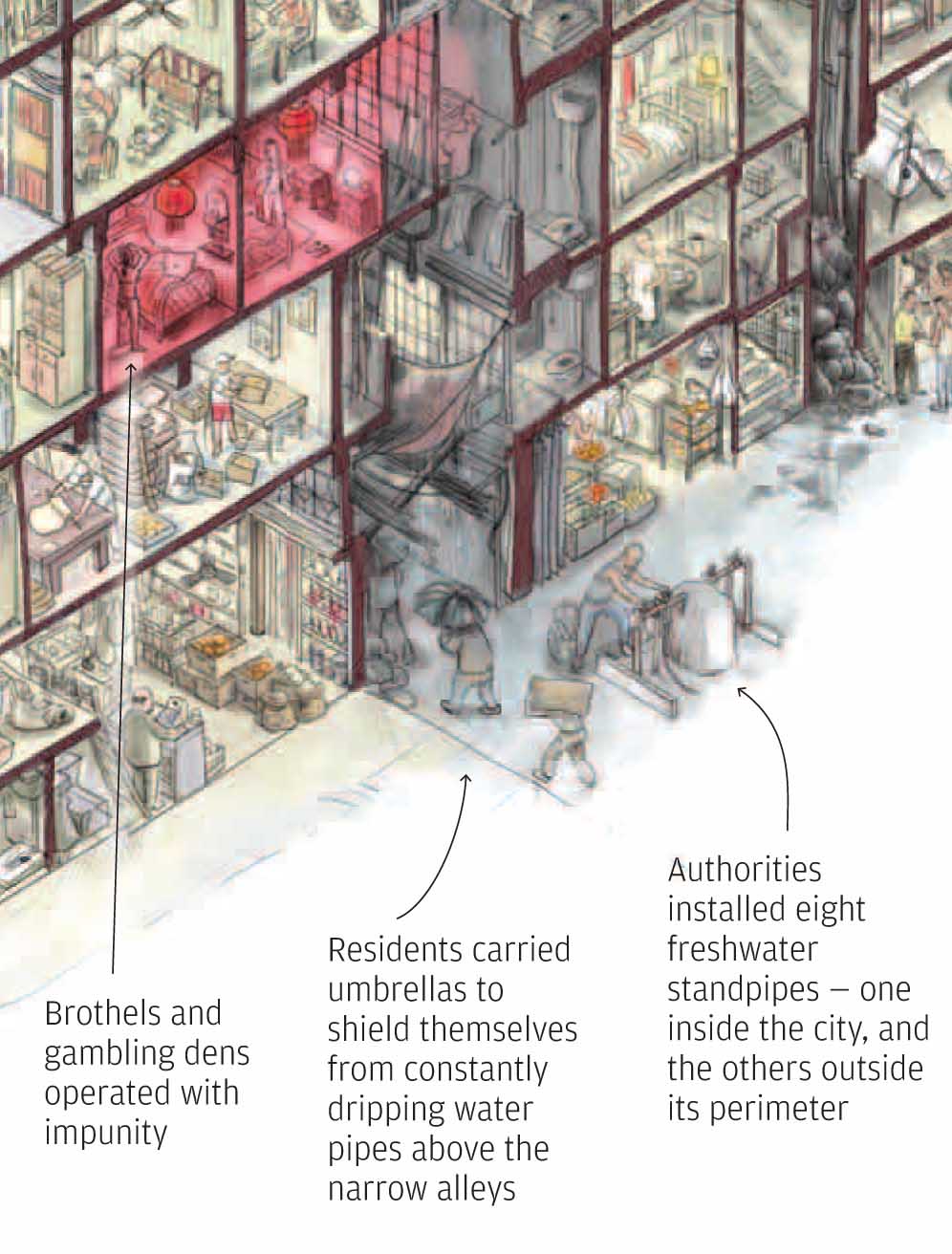 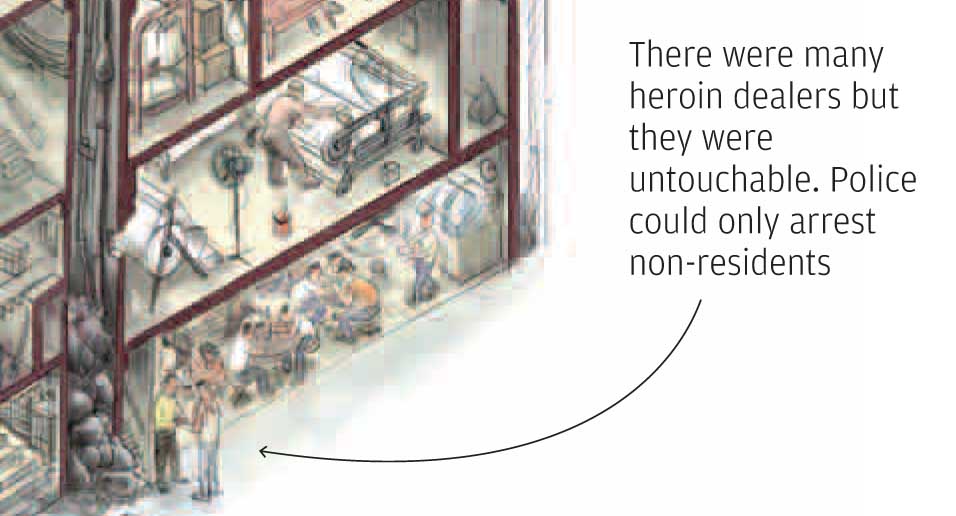 As well as some of the positives 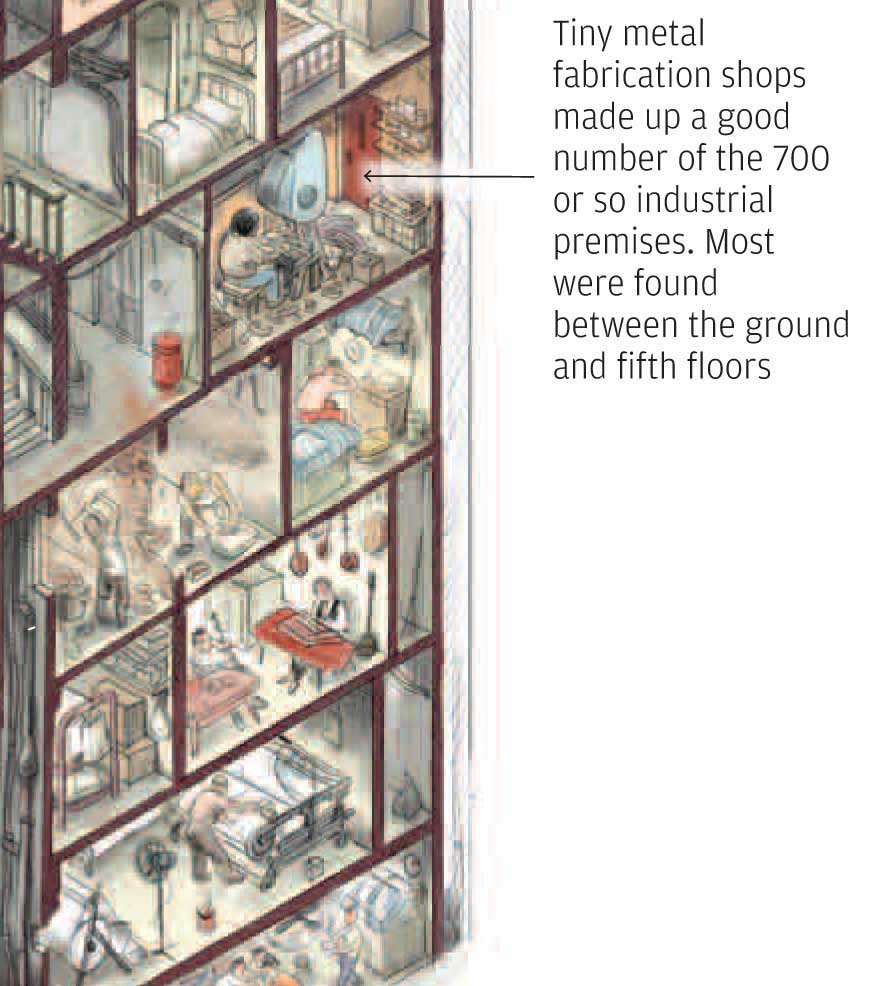 This part is also really great. It shows the density of the city over time (and yes he drew all the extra cities). A great easter egg as they say.

But the best easter egg of the graphic is this .. 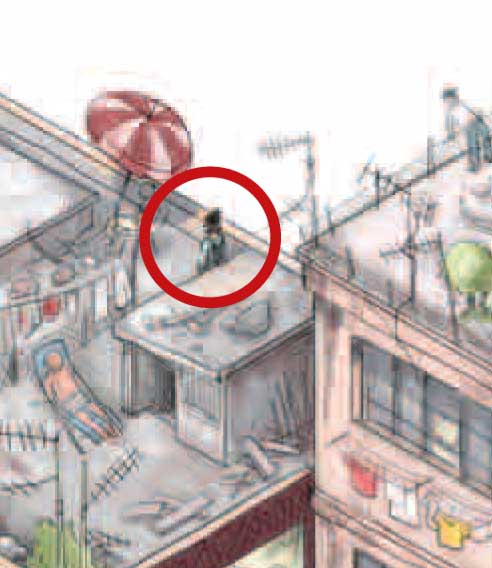 The figure on the roof is one of the girls in our department, Kaliz.

During winter she wore a beanie that looked like Where's Wally's (apart form not being red and white) and we started calling her Wally's sister for a while. So when this came up, it had to be done. Class!